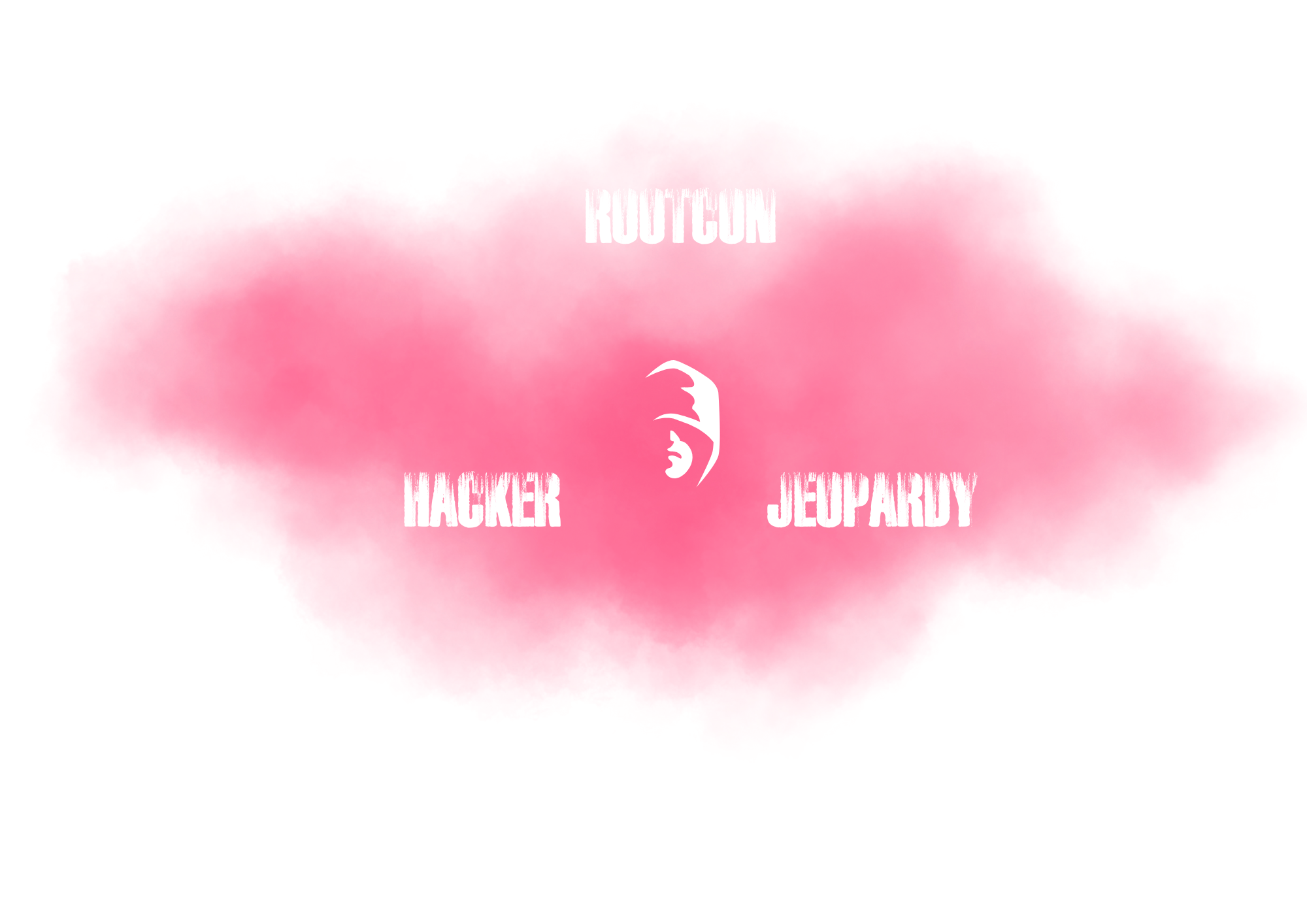 Objective
To be sober enough to win at the end of this alcohol-binging trivia game.

Game Rules
Hacker Jeopardy is adopted from the US game show, Jeopardy!, but instead of players betting questions with money, they wager alcoholic drinks and earn points. Answer a question correctly, your team earns a point and ALL your opponents drink the wagered booze. But if you get the answer wrong, your team gets some brain cells killed and -10 DEXTERITY by downing the penalty drinks. It's that simple!

Bragging rights for being the first winning team to force-drink the *insert your adjective* Goons.

Hacker Jeopardy has always been the most fun way to start RootCon's after-Con Party. Even if you're not a player, you can join us in the fun, learning and games by watching the Goons and HJ Babes get *insert adverb* drunk for the first time on LIVE video! See you there!